Talk – How to Keep Your Employees, Part 1

I was invited to hold a talk at Sweden Game Conference in Skövde last week. Really exciting! I researched a lot, I think it went really well! People enjoyed it, there was some talk about it later and people were recommended to look me up. The subject was how a company should behave to keep their employees. I’ll post about good characteristics for companies to have, some bad behaviors to avoid and also some things to look out for if you are looking to get hired. I’ll split this topic up in two posts since the text is rather long. This post will only address the good things. More to come in my next post!

How do you keep your best talents? Those are often the ones who are thinking about changing jobs, for a variety of reasons. They need to develop themselves, get challenged and are often ambitious. They are people we need in this line of work. Many companies in Sweden are already on the right path. They compete about being the very best employer they can be, so they can attract and KEEP the best talents. How do you do this? For starters, I have a long list of characteristics that really successful companies have.

Usually you just take the best programmer/artist/etc and make them the lead of their guild. This is not necessarily bad, but to make it good, you need to make sure the people you promote have the leadership skill set too and not just the guild competence. Being a good manager is a whole other set of skills. They need to know how to develop people, build trust and how to form a team that has a culture of accountability, transparency and a functioning work relationship. They are skilled at motivating every single employee to take action and engage employees with a compelling mission and vision. They need to have assertiveness to drive outcomes and the ability to overcome adversity and resistance while remaining calm.

Here comes an important one. They base decisions on productivity, not office politics. Also, the higher-ups need to make sure good managers that do this are not punished for not playing the politics game. By having skilled managers and by extension, motivated workers, production will increase. One report had found that when doubling the number of engaged employees by getting better managers, the earnings per share went up by 147%  on average.

Once you have a set of good managers, also make sure they have enough mandate to take important decisions by themselves. People often do not quit to leave their job, but to leave a bad manager, so you have everything to gain by making sure you have good and educated managers.

Sometimes we are in a hurry to fill a position and the process gets a bit hasty. This will often lead to delays later instead though, because you may need to fill the position again. Maybe the person left, maybe they were not skilled enough. Or maybe they were too skilled? Overqualified people often seems like a good idea, but you need to have a plan to either level up the difficulty of their tasks shortly or to move them to another position entirely. Someone overqualified will likely become bored and when that happens, two outcomes becomes more likely. The first is that they quit. The second is that they might just become less productive. Both are bad. Salary is very important, yes. The actual pay is more important the less you make. In Sweden, people are very motivated by their pay up until they make around 30 000 SEK per month. The actual number will of course vary with different people and in different industries, but I still think it is interesting. After hitting this number, no matter exactly where it is on the scale, you probably still feel salary is important, but then it becomes more of a reward factor. Anyway, if your salary is not quite up to par, or if you have employees who are not happy with it, know that some of that can be made up for by other kinds of benefits. The key here is to be creative. Really see the person and what they could benefit most from instead of slapping on a few standard benefits. Maybe a promise to get to go to GDC goes a really long way?

This is a big one. Often the biggest. Many of us do not like to feel like we are standing still and not learning anything. Employees who see the brain as something malleable, that can grow and improve constantly are people with what is called a growth mindset. They are likely to already be really skilled at something and it is probably people you want in your company. To have them thrive, they need to be challenged. If they are already ace at what they do, see if they’d like to mentor someone else. That can also be a learning experience.

When someone has done great things, how do you reward that? Being a Swede, I know we are not as good at this as people in some other countries in the world, but it’s an easy skill to practice. You just need to think about it. Who did something remarkable today? Mention it. When someone achieved something really great, public and well-deserved praise goes a really long way. Celebrate smaller successes as well. Say “great job”, “thank you” and similar – often! One caveat though. People will respond to praise differently. Some will love to get praise often, for anything. Some will only like it when they really did something outstanding. This connects with the next headline:

Get to Know your Team 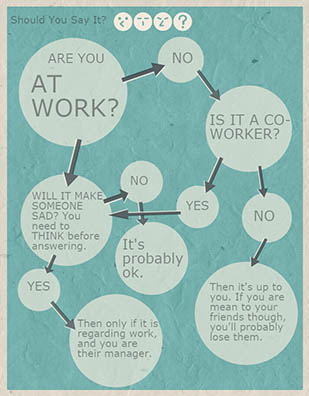 An open and welcoming culture at the office will make your recruitment pool bigger and it will make people stay longer. I’ve heard tons of stories from people who quit because of harsh and unwelcoming cultures. That is just so unnecessary. One of my pet peeves is when people describe their office culture as “rå men hjärtlig”. It means something like “crude but warm”. For me, that is just code for “we like to be asses towards each other, and if you don’t like it, just gtfo”.

Anecdote incoming! I had problems in a team once, with a bit too harsh climate, weird jokes and all. One day we had a bit of an incident and I had to talk with the whole team about it (again). This time I talked with them one at a time and what I found out was to NO ONE liked it this way. They all thought it was a bit much, but for various reasons, they had not complained before. That made is so much easier for me to just step in and put a stop to it. Note that this was when I was a rookie, I would have never let it go that far nowadays.

No one needs to express things that make others sad at work. We are here to work, let’s focus on that. If you feel what you are about to say should be said because it’s true, take an extra turn and think things through. Is it about work? No? Does not need to be said. Will it make someone happy? It might be ok. Will it make someone sad/upset and it’s not about work? Does not need to be said. Take it up with your buddies after work.

Also, compliments are tricky. If I had just gotten a haircut and someone said “hey, I see you cut your hair. Looks nice”. That might be ok. Lingering on will almost always make it weird. If you are not sure where the line is drawn, talk with your manager and ask for advice. They should be persons with people skills, remember?

Where are we as a company headed and what are our main obstacles? Everyone should know this. Having a company vision that everyone can take to heart might help. Then we have the company values. They can be important in setting the kind of culture we want to have, but it’s important they feel genuine and true. If there is a clash between the values and what is the actual perceived culture, that will not impress anyone. Once you have these and they feel good, communicate them clearly and often.

A more delicate issue might be if the company is going through a rough patch right now. Do you communicate that now, later or never? There are no right answers here, it is going to be a different balance each time. But really think about it and do not keep everything under wraps all the time. Being open creates trust.

So many people try to do something good and inventive, only to be met with “that’s nice, but how’s your task coming?” They create something out of passion and you crush that. If someone has taken an initiative, think about it before reacting. Is it a good thing? Will it help us save time/money? Might be worth to celebrate a bit. Did they do something where the results are unclear or not wanted? Talk with them about their fantastic drive and what kind of initiatives would be welcome in the future and why this particular thing will not work. If time is an issue, talk with them about timing and when a similar initiative would be welcome.

People in general want to feel like they have a purpose. They want to feel needed and appreciated. One way to accomplish this is by letting everyone have their own area of responsibility, no matter how small. Don’t forget about the non-dev people either. The ones in finance, HR and so on. They also need to feel good about their work and everyone in the office is part of the office culture.

This was very clear when reading up on why people leave or stay. Flexible working hours is something that can make life so much easier for those who need it. The prime example here is a new parent. Note: this does not mean working less, or skipping meetings. That was it for the good characteristics of a company that probably keep a lot of employees. The companies I have worked for before have all been great at most of these, but the drive to start your own business really goes outside of this topic and I’m not sure trying to keep an employee that wants to try their own wings is a good idea. Better have them come back afterwards, if they were good workers and they want to for some reason.

I’ll post the next two topics, as well as the presentation with all sources in my next post.

Remember! Maybe we can’t all be this excited (and sparkly) every Monday morning as the pic to the left, but you should look forward to going to work!